What might appear to be merely a “laundry list” of prayer requests, reminiscent of traditional Wednesday night prayer meetings, would not accurately describe the content of Paul’s prayer.  Technology has greatly replaced such gatherings but not their overwhelming focus on the prayer concerns and needs of the day.  Conversely, Paul consistently prayed for the spiritual health and condition of believers and unbelievers, alike—albeit from very different perspectives.  He was motivated by a deeply-rooted concern—for strengthening a believer’s walk with the Lord and for derailing an unbeliever’s one-way ticket to eternal separation from Him.

“that He would grant you, according to the riches of His glory, to be strengthened with power through His Spirit in the inner man;” (Ephesians 3:16)

Here, in Verse 16, Paul concentrates on the former:  the faith walk of Ephesian believers.  Consequently, Paul dives whole-heartedly into the eternal substance of his prayer by carefully delineating some of the basics for living and walking by faith, applying the things he has written about and previously taught the Ephesians.  Not only for their spiritual encouragement and discipled growth as believers, but also to help them spread the Gospel, to have God’s power fully-operational and at full strength in their lives and to ultimately give glory and honor to Him as a result.  If this was Paul’s first century definition of “laundry,” then surely we can use it for 21st century praying, as well.  Regardless of the calendar, effective prayer remains a discipline of heartfelt desire for the Lord and for the people He loves—everybody—and not of being ensnared by the perfunctory.

Paul is very specific in his prayers and this is no exception.  Each item requested by Paul is impossible apart from God and His willingness to provide what we so desperately need.  Paul’s hope “That He would grant you, according to the riches of His glory” speaks to the fact that God Himself is the source of all that Paul is asking for on behalf of the Ephesians and that He has an unlimited supply of it.  God does not share His glory (Isaiah 42:8) nor does He receive it from people (John 5:41), but He provides the “tools” needed for mankind to give praise, honor and glory to Himself through the “good works” that He has “prepared beforehand” (Ephesians 2:10).

God’s “toolbox” includes strength for the willing believer to draw from no matter the task at hand.  Peter, one of Paul’s cohorts in the faith, summed it up this way, “…His divine power has granted to us everything pertaining to life and godliness…” (2 Peter 1:3).  There was much good work to be done during a busy first century that witnessed a rapid expansion of the church—growth made possible only by the Holy Spirit’s seamless entrance filling a heart-shaped vacuum resulting from Jesus’ ascension back to heaven.  Looking back to Saul’s conversion again, Ananias told Saul that the Lord Jesus had sent him so that Saul may regain his sight and “be filled with the Holy Spirit.” (Acts 9:17).  The record of Paul’s first missionary journey confirms his filling by the Holy Spirit (Acts 13:9).  Understandably then, Paul wanted the Ephesians to tap into the same source of Spirit-powered strength that he himself had known since his unforgettable turnaround—one of more than just a rhyming name change.

Paul concluded his letter to the Ephesians with the familiar “full armor of God” passage.  Notice the “bookends” of strength and prayer used by Paul.  About strength, Paul declares:  “…be strong in the Lord, and in the strength of His might” (Ephesians 6:10).  On prayer, he charges us:  “…pray at all times in the Spirit… be on the alert with all perseverance and petition for all the saints, and pray on my behalf, that utterance may be given to me in the opening of my mouth, to make known with boldness the mystery of the gospel, for which I am an ambassador in chains; that in proclaiming it I may speak boldly, as I ought to speak.” (Ephesians 6:18-20).

This is not just a “tag-on” phrase but instead captures the very essence of what Paul is praying about—again, written while he was a prisoner—regarding the Holy Spirit’s empowering role in our prayers.  For without intercession by the Holy Spirit and Jesus, on our behalf (Romans 8:26-27,34), our prayer requests may often be no more effective than bottled-up hopes and pleas tossed into the ocean.

“Therefore, we do not lose heart, but though our outer man is decaying, yet our inner man is being renewed day by day.”(2 Corinthians 4:16).  Once again, Paul draws upon his experience to make a vital distinction between the temporal and the eternal in contrasting the outer man with the inner man.  Here, Paul offers a practical application of inner renewal:  being strengthened with power through God’s Holy Spirit.

“so that Christ may dwell in your hearts through faith;” (Ephesians 3:17a)

Can there be any better indwelling combination than that of the Holy Spirit and Jesus?  We are familiar with their prayer intercessions, but consider the teaching and advocacy roles also fulfilled within a believer’s life. The Apostle John explains these roles throughout his gospel and three letters.  John writes about love and how that love is shown for God through obeying His commandments, abiding in Him and walking in the truth:  three important keys for the spiritual growth and maturity of a believer.

Jesus said, “Abide in Me, and I in you.” (John 15:4a).  Paul touches on that two-way relationship from the perspective of Christ dwelling within the heart of a believer, the place that God knows all too well, as he echoes the mutual aspect of a believer’s relationship with Christ:  “Therefore, if any man is in Christ, he is a new creature…” (2 Corinthians 5:17).  Keep reading a little further until the word “reconciliation” jumps out at you concerning God’s reconciliation with mankind through Christ (see Part Two and the mystery of Christ).

Faith in Christ not only pleases God, but it also hangs a “welcome” sign on your heart’s door.  Invite Jesus in and get to know Him better, share the concerns of your heartfelt desires with Him.  Heartfelt prayer is about listening to God’s heart as He hears ours being poured out before Him.  When Christ indwells the believer’s heart through faith, it’s for keeps because His word says so, and by definition, “dwelling” has the idea of permanent residence not just a temporary sojourn.  So, don’t make Christ a stranger in His own “faith” home.

Part Four of this series discovers what is at the heart of this prayer.  Could it be love? 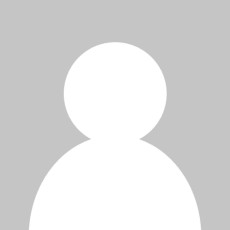